Can Neurofeedback Help With Depression?

Research has shown some early promise in treating depression with neurofeedback that targets alpha brain waves in the frontal cortex. This neurofeedback training reduces anxiety and boosts mood in an individual. At Dody Chiropractic Center for Wholeness, we have freed many patients from the unrelenting symptoms of depression and helped them regain a sense of joy in their life.

Depression is a diagnosable condition that the medical profession classifies as a mood disorder. This disorder negatively affects how you feel, the way you think, and how you act. Depression has a major effect on your life and how you function at home and work. Symptoms of depression vary from mild to severe. 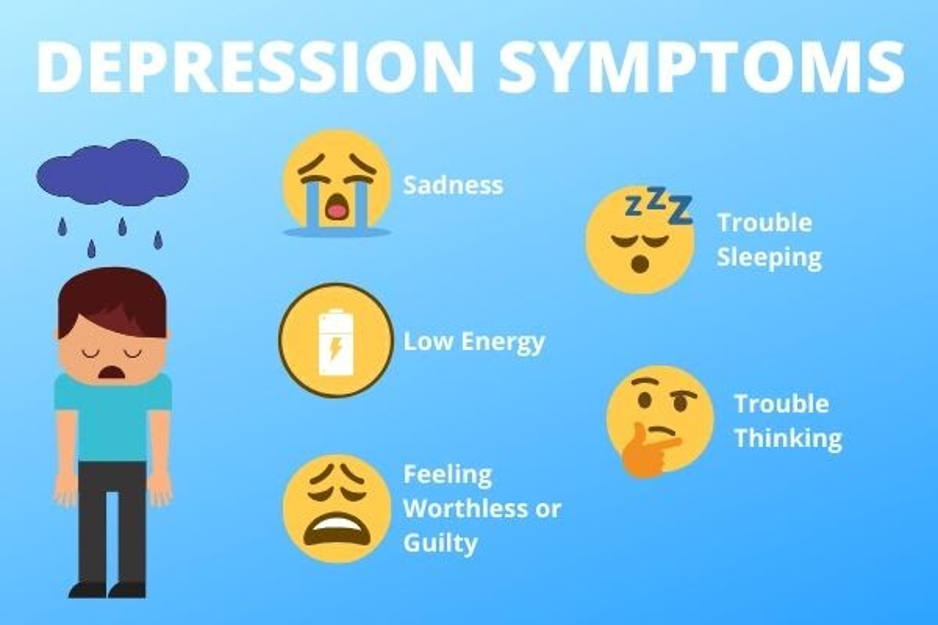 To be considered depression, these symptoms must last at least two weeks but tend to be long-lasting. If depression is left untreated can lead to serious health problems.

As you can see on the graph below, depression is estimated to affect 17.3 million adults in the United States. That means 7.1 percent of American adults suffer from at least one major episode of depression every year.

According to Harvard Medical School, depression starts in the brain. Commonly, it was thought to be chemical imbalances in the brain, however, it is much more complex than that. Those chemicals are surely involved, but other factors could be the underlying issue, such as:

Researchers have concluded that the underlying issues above affect the brain and cause the individual to experience symptoms of depression.

What Areas of the Brain Affect Mood and Cause Depression? 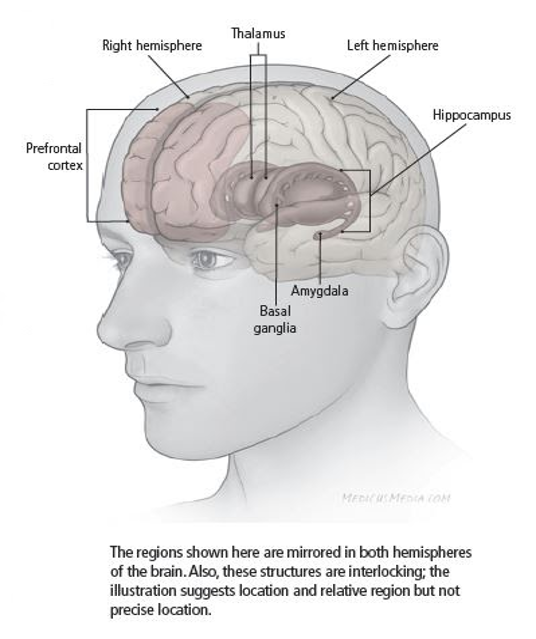 This is a part of the limbic system which is associated with your emotions such as pleasure, sorrow, anger, fear and sexual arousal. The limbic system is a group of structures located deep in the brain. In a study using fMRI, the amygdala was shown to have elevated activity in a person who has depression. This is the area that is also stimulated when a person remembers an emotionally charged event.

This part of the limbic system receives a lot of the sensory information and relays it to the cerebral cortex in which the prefrontal cortex is a part. See below for more information on what the prefrontal cortex does. Research shows that abnormal function of the thalamus could result in bipolar disorder due to the fact that the thalamus links sensory input to pleasant and unpleasant feelings.

What Does Research Say About Neurofeedback Helping with Depression?

There is some great research showing the benefits of neurofeedback in treating depression. Here is a summary of a few studies:

How Does Neurofeedback Training Improve Depression?

What Happens During Neurofeedback Training For Depression?

The brain learns with operant conditioning how to create new neural pathways and the result is improved mood regulation. The best part is that while your brain is healing, the neurofeedback treatment doesn’t have the negative side effects that drug treatments, such as antidepressants, can cause. Even better, the improvements that are learned through neurofeedback training are often permanent, much like any new skill, you learn in life. This is similar to learning to ride a bike.

We know that when it comes to treating depression, the “one size fits all” treatment procedures don’t work. This is why our procedure begins by observing and analyzing your brainwaves with a Brain Map or qEEG (Quantitative Electroencephalogram) to get a treatment protocol that is specific to you.

With the data from your brain map, we will retrain your brain using neurofeedback training to restore its normal, healthy, and balanced function. Neurofeedback can provide a permanent, natural solution for depression and can help a person experiencing it regain control of their life.

At Dody Chiropractic Center for Wholeness, we can help you find and fix abnormal brain wave patterns to help your brain function optimally, improve mood, and have a higher quality of life overall.

Summary of How Neurofeedback Can Help With Depression

Neurofeedback trains your brain with positive reinforcement to bring the brainwaves back to normal. It is a non-invasive, safe and fun way of permanently changing the way your brain functions for the positive.