Does your nerve system really affect your health? 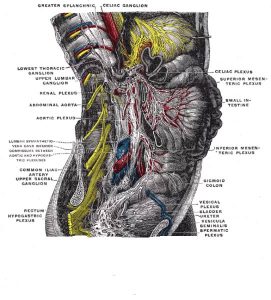 If your Chiropractor knew what caused 96% of all diseases and how to prevent it, would you want to know more about it? If so please read on. . .

In some amazing research, Dr. Henry Winsor, M.D. of the University of Pennsylvania did autopsies to determine if there was any connection between minor distortions of the spinal bones and diseased organs, or whether the two were entirely independent of each other. His purpose was to disprove what was then known as the “chiropractic theory”. Dr. Winsor carefully examined any diseased organs, the nerves that supplied the organ, and the spinal bones that protected that nerve. He discovered that 221 structures, other than the spine, were diseased. Of these, 212 were observed to belong to the same sympathetic nerve segments (autonomic nerves) as the spinal bone in the distortion. This is a 96% correlation. Findings: 96% of the nerves that supplied the diseased organ came from a damaged spinal segment. 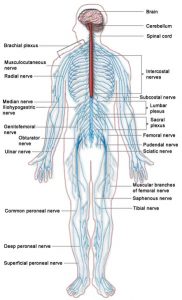 The other 9 diseased organs were supplied by nerves from spinal bones that were not found to be out of alignment. Dr. Winsor explained that the autonomic nerves enter through a spinal nerve and leave the spinal cord through another spinal nerve after traveling up or down the cords several spinal levels. He felt this accounted for the remaining 4% of apparent discrepancies. His conclusion was that there was nearly a 100% correlation between minor distortions of the spinal bone, the irritation of the autonomic nerves, and the diseases of the internal organs. Nerve damage correlated with all 20 cases of heart disease, all 13 cases of liver disease, all 9 cases of stomach disease, all 26 cases of lung disease, and all 8 cases of prostate and bladder disease.

Dr. Winsor concluded that “irritation near the origin of the sympathetic nerve (autonomic nerve) will cause functional or organic changes in the organs supplied by the portion of the sympathetic nerve irritated.” Based on his research it was found that nearly 100% of all diseased organs may be a result of irritation to the nerve that supplies that organ. He further discovered that the irritation occurred where the spinal nerve exits from between the spinal bones. This research changed what was known as the “chiropractic theory” into fact.