Do You Know When You Have Subluxations?

Over 90% of all subluxations are painless! That is why they are often called the “Silent Killer”.

Well, guess what? People can have subluxations and not know it. 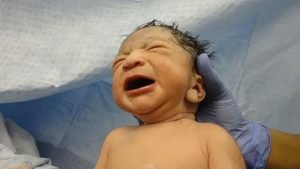 Researchers have also discovered that subluxations often occur during the normal birthing process and often go undiagnosed for years and even decades.
Dr. G. Gutman discovered that more than 80% of the infants that he examined shortly after birth were suffering from injuries to the neck that resulted in all types of health problems such as nose, throat, and ear infections. Dr. Towbin, Harvard Medical School’s department of pathology found that “the birth process, even under optimal conditions, is potentially a traumatic, crippling event. Spinal cord and brain stem injuries occur often during the birth process, but frequently escape diagnosis.”

Undetected subluxations are an epidemic health challenge in our society and need to be taken very seriously because of the consequences. Every man, woman, and child should be checked for nerve interference on a regular basis by a Wellness Chiropractor- it’s that important- it’s that simple!