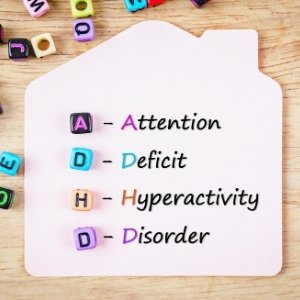 According to the CDC, 6.1 million children in the US are diagnosed with Attention Deficit Hyperactivity Disorder. I find the terms “disorder” and “deficit” somewhat misleading when discussing ADHD. When we see children with ADHD, what is more often found is a brain and central nervous system that has, as another pediatric Chiropractor coined, a Ferrari engine but bicycle brakes. What he means by that is that the child is stuck in a state of sympathetic dominance.

We find children are chronically stuck in that fight or flight stage, their “gas pedal” is stuck on. This is made very clear when we test a child neurologically in our office with state-of-the-art technology looking at nervous system function. Excessive sympathetic dominance is the most common component we see with ADHD. Thus where the issues of hyper energy, impulse, and behavior issues arise.

The issue with both excessive sympathetic dominance and poor processing and integration is the child goes through most of their development in “overdrive”. Basically, the nervous system is spinning so fast that when developmental milestones come along and try to integrate, those milestones can’t fully process and integrate. It reminds me of one of those merry-go-rounds that used to be at a lot of playgrounds (before safety was an issue) when that equipment is spinning really fast it is hard to stay on or get on. You can sum this component of ADHD up as a poorly organized nervous system.

When addressing ADHD with any type of treatment or therapy, you need to build off the foundation of taking care of sympathetic dominance and a poorly organized nervous system. If you don’t calm and balance out the ANS then every other form of therapy from nutritional to behavioral to psychological will be fighting an immense uphill battle. However, once that is slowed down and balanced, EVERYTHING becomes so much easier to improve with that child!

How does chiropractic fit into this equation? Many people believe chiropractic as only neck or back pain care, however, few people (even 95% of medical doctors) fail to realize the connection between the spine and function/health of the brain and CNS. It is much more accurate in reality to think of the spine as not just a collection of bones, muscles, and ligaments, but instead as an entire neurological “organ” that is the key communication component between brain and body. Later on, you too will see that proper alignment and movement of the spine, especially the upper neck, is absolutely an essential “nutrient” that drives and powers the brain, or “charges” it.

Check out these posts-